2017 has seen a number of high profile media personalities separate from their husbands and wives. Whilst the circumstances behind their separation are the subject of many Daily Mail and Daily Telegraph stories, certain media outlets are now starting to report on the settlements each have come to having regard to their children and property.

Most notably is the separation of Karl Stefanovic and Cassandra Thorburn and the article published in the Sydney Morning Herald on 7 May 2017. This article goes into great detail about the property each will receive and “custody” of the children. For reasons outlined below, this blog does not go into detail on Karl and Cassandra’s property and parenting settlement.

Section 121 of the Family Law Act

Put simply, if a person publicly reports on a family law matter which is before the courts and has the effect of naming a party, a child or a witness to the proceedings they can be imprisoned for a period of up to 12 months.

The purpose of Section 121 is to ensure that all people receive the privacy they are entitled to when dealing with an extremely sensitive and difficult situation.

It is unclear the way in which the Stefanovic matter settled, however, if the matter settled by way of Application for Consent Orders or contested proceedings before the Family Law Courts then the author of the Sydney Morning Herald story could potentially be in breach of Section 121.

If the matter settled by way of post-separation financial agreement, it is possible that there was been no breach of Section 121. A financial Agreement is an agreement which sets out how a separated couple will divide their property. Unlike an Application for Consent Orders, a financial agreement is not endorsed or approved by a Family Law Court and only appropriate in limited circumstances.

Where Social Media comes in

Clearly most people’s separation is not going to be reported on by media outlets, however people need to be aware that posts on social media platforms may potentially be caught by section 121 of the Family Law Act.

Many clients become frustrated with a number of facets of their family law proceedings including the time in which their matter takes to resolve, the willingness of their separated partner to settle matters on a final basis or the difficulties they have with the current parenting and/or property arrangements.  As a result, it is not uncommon for clients to vent these frustrations on social media.

The effect of such a post could result in a period of imprisonment not exceeding 12 months. Parties who are subject to the proceedings of the Family Law Courts should always refrain from discussing their family law matter on social media.

If you have the urge to post something on social media because you are becoming frustrated with your family law matter, speak to one of our expert family lawyers first.

We’re here when you need us. 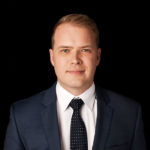 Thomas Mathews is an Associate at Tiyce & Lawyers. Contact Thomas at thomas@tiyce.com